What is The Fittest Experience – aka The 2018 TFX? All info per TFX The Fittest Experience (TFX) is a functional fitness competition that took place January 27 and 28th in Austin, Texas. After the online qualifier in October, 800 athletes advanced to the competition. Held at the Travis County Expo Center, athletes competed to win over $45,000 in cash and thousands more in prizes. For spectators this event offered fitness events, challenges, and speakers, not to mention the TFX Spectator Tactical Course.

HISTORY OF THE FITTEST EXPERIENCE

The very first TFG competition was held in Austin, Texas in CrossFit Central’s first 600 square-foot gym. The competition began as a four competition “challenge” that took place once a month over the course of 4 months in Austin, Buda, Burnet and Houston, Texas. The overall winner’s purse was a flight to the 2008 CrossFit Games and their registration fee.

In 2009, TFG became a two competition event consisting of a qualifier and a championship. The first “qualifier event” was held at both CrossFit Central in Austin and at CrossFit Dallas Central in Dallas on the same day to support the volume of athletes across Texas. The TFG “championship” was then held in April in Austin. After two workouts, Jeff Reed and Jen Shaw won the TFG Championship.

CrossFit Central chose to forgo holding the TFG Competition in 2010 for the opportunity to host the first ever CrossFit Sectionals at Camp Mabry.

TFG moved to CrossFit Central on Burnet Road and across the street at the Lamar Middle School track. We introduced a team division and a 40+ Division. Over 500 spectators came out to the event and 200 athletes competed. Lisa Thiel won 1st place in the Women’s Elite Division. Patrick Burke won 1st place in the Men’s Elite Division and CrossFit Dallas Central took the team division.

The 2012 edition was held in a large warehouse in East Austin. We distinguished divisions as Pro and Amateur, a new standard from our previous labeling of Elite and Intermediate and the Heart of the Lion award was created. Candice Ruiz took 1st place in the Women’s Pro Division and CrossFit Dallas Central won 1st place in the Team Division. In the Fall of 2013, “The Lottery” was introduced. This was an online community competition consisting of 8 workouts held over the course of 4 weeks, giving athletes the opportunity to earn entry into The Fittest Games competition in January. The first place finishers would also receive a cash prize and free entry into the competition. Athletes completed the workouts and submitted their times online. To be considered for the 1st place cash prize, athletes were required to upload video footage of their workout. Emily Cruthers and Pat Burke finished first in the Pro Division, CrossFit Cedar Park finished 1st in the Team Division, Chris Larrazolo and Vanessa Silva finished first in the Amateur Division, Jared Muse and Janet Black finished first in the 40-49 Division, and Michael Goins and Susanne Kraus finished 1st in the 50+ Division. The 2014 TFG competition was held at CrossFit Central in Downtown Austin. 500 athletes took on the competition with a purse over $20,0000, and 1st place Pros, Amateurs and Teams earning NutriForce sponsorships.

Now that you know the history we’ll pick up right where we left off. This year at The Fittest Experience the competition was even better than the food scene in Austin! But there has to be a victor, so the following is your list of those coveted positions among the pro athletes. CrossFit Terms – What You Need to Know and Where to Start
September 22, 2018 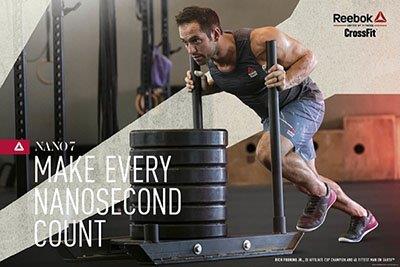