As tough as it is to push a sled, which is also known as a prowler push, I like that this exercise works out my entire body. It boosts strength, power, and speed, three of the many things I to work on. It also burns calories. Because it is not a typical exercise, the novelty makes it fun and interesting.

But if your box doesn’t have this piece of equipment, you have other alternatives that you can push: a car, a shopping cart filled with weights, or one or more plates on the floor.

You can also run on a treadmill that’s been turned off. Other alternatives to try are sprinting uphill, overhead walking lunge, partner band sprints, or isometric wall pushes.

Because these movements are unconventional, do them only with the supervision of your Crossfit coaches. They’ll tell you which choice will work best for you.

Pushing a car closely approximates the exact position and movement needed for pushing a sled, albeit with much larger equipment.

The most important thing to remember is that you have to own the vehicle, or at least have access to its keys. Because to do it right, you’ll need someone in the car to put the car in gear, to steer, and to step on the brakes in case something gets in your path.

Get in the back of the car, lock your arms out as you push on the trunk, sit with your hips, and push forward. If this becomes too easy, get more people from the box to sit inside the car, get a bigger car, or push it uphill.

I’m not suggesting you take a shopping cart from your supermarket to bring to your workout. But if your box happens to be near a retailer that has these carts and one or more of them just happen to be nearby, there’s no harm in borrowing one temporarily.

Put cardboard or a towel inside to protect the cart, and then put plates inside. It’s designed to hold over 1,000 lbs., so you don’t have to worry about overloading it. Grab the handles, straighten your arms and sit your hips low with your head down and push.

While this does duplicate a sled push, it may move more easily because of the wheels. Be careful about going too fast.

Plates On The Floor

If you want to keep your efforts within your box, put a 45-lb plate on a towel on a smooth surface. Go low, put your hands on the plate, and push. 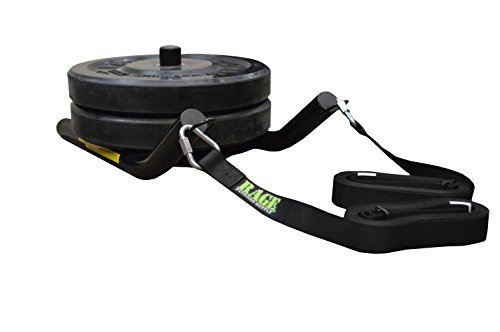 Rage Fitness CF-SL000 R2 Weighted Training Pull Sled
$160.00
Buy Now
We earn a commission if you make a purchase, at no additional cost to you.

We don’t have treadmills in our box because we run outside. But if you’re lucky enough to have them, turn them off or unplug them. Then get into a running position on the treadmills with your hands pushing against either the bars nearest the console or at the console itself.

Drive your legs forward while keeping your hands straight. Eventually, the belt will turn to keep up with your movements and the lack of power provides plenty of friction. This resistance against your action will be very similar to pushing a sled.

When you run uphill, you force your legs to go higher, which requires more force. This is similar to the sled push, which forces you to drive your legs more strength to move forward. However, the run does allow you to swing your arms more naturally, which you can’t do with a sled.

If you do not have a hill, try running upstairs. Start by putting a foot on every step before graduating to a longer stride that crosses two steps at a time.

You can make either the hill or stair workout more difficult by putting on a weighted vest.

At the end of your upward slog, you can look forward to going downward, which is far easier.

For this exercise, you’ll need a partner who has your strength or is stronger. Loop a long resistance band around your hips and then have your partner stand behind you while holding on to one end of the band and dropping into a slight squat. Run forward as your partner tries to impede your progress by pulling on the band. 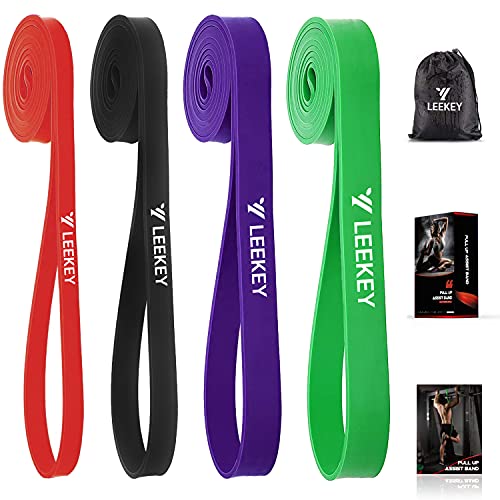 LEEKEY Resistance Band Set
$31.98
Buy Now
We earn a commission if you make a purchase, at no additional cost to you.

Depending on how much resistance you want or the force you’re exerting, your partner can stay in place or slowly move forward. You’ll experience resistance that is similar to the sled push but the force will be coming from behind instead of the front.

Ask your partner to resist the temptation to suddenly release the band, as hilarious as that may seem at the time.

You’ve probably done this exercise as part of your WODs. Use one hand to lift either a dumbbell or kettlebell overhead as you lunge forward until your knee touches the ground.

Alternate legs with each lunge. When you reach a certain point, switch arms and continue to lunge.

The leg movement builds leg strength and general stamina, just like the sled push. Lifting a weight involves your shoulder, arm, and core. For a more advanced version that requires more balance, try holding a barbell with or without weights overhead.

This is a perfect exercise for a crowded box or a small space because you stay in one place.

Do this for about 10 reps total.