A necessary skill for Crossfit, a double under passes the jump rope twice under your feet for every jump.

The movement requires speed, agility, and coordination to master but rewards your efforts with increased endurance and leg strength.

You can also complete reps for double unders more quickly than you do for an equal number of single unders.

What Are Double Unders?

When I joined my Crossfit box for the ramp-up classes, I thought that doing the single unders with a jump rope was strenuous enough. Being just a beginner, I couldn’t sustain the movement for very long.

And then, surprise, I found out that most of the WODs (Workouts of the Day) required the more difficult double unders unless you were a beginner or scaling down.

Jumping rope works several muscles in your legs, core, shoulders. They also maximize conditioning and endurance, increase agility, and improve rhythm and endurance. They are a great way to warm your body up on a cold day.

Double unders are difficult, requiring far more coordination and skill than single unders. It’s not likely that you’ll succeed at the movement your first few times doing it. It does require constant practice to slowly build up the skill. 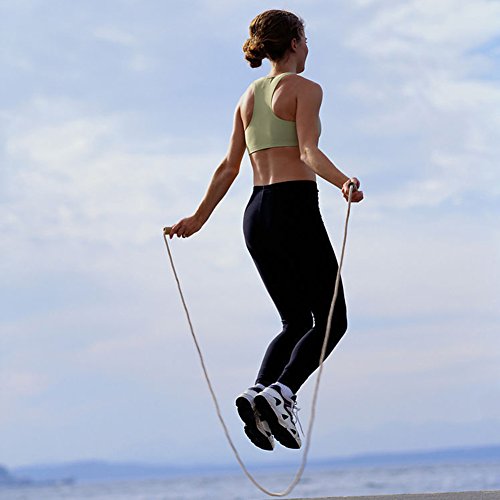 Needless to say, my first efforts at double unders proved to be stumble-overs with me resorting to single unders during the WODs.

Once you become proficient in doing single unders, you can tackle the more complex exercise. Focus on jumping higher with a faster turn of the wrist.

Don’t expect to do several double unders the first time out. Doing just one is an achievement. You can then improve by following this progression.

Don’t forget to do each set as continuously as possible.

As you become more skilled, you can eliminate single unders from the rep scheme. 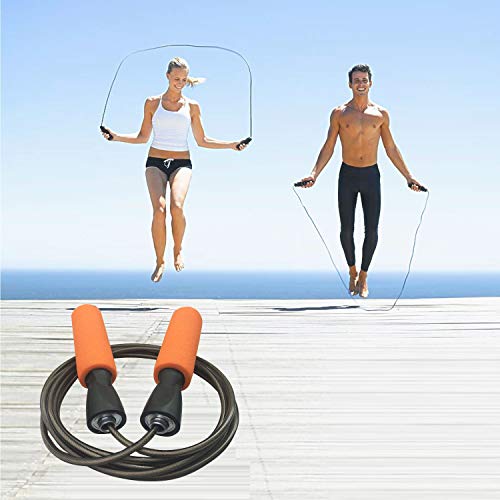 Even after you’ve become experienced at double unders, you may miss them occasionally. This is nothing to worry about. Just remember how you used to stumble sometimes with single unders.

However, if you’re having trouble performing consecutive movements, you may be repeating the following mistakes, which are easy to fix.

What Jump Ropes To Use

Because speed makes double unders better, you want a light rope that you can spin more quickly.

However, when you’re starting out with double unders or primarily doing single unders, you want a heavier rope because it is easier to control.

You can learn all about the best jump ropes for CrossFit in this post, but below are some helpful tips on choosing one. 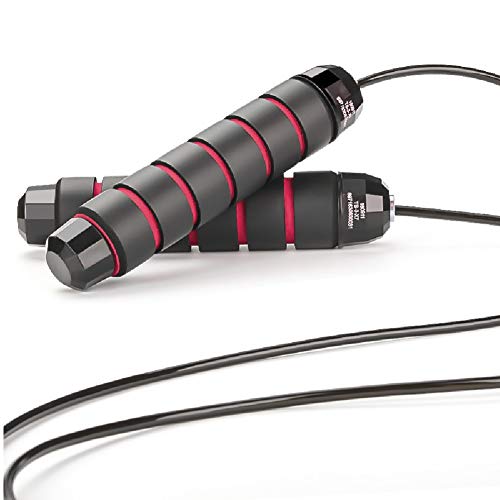 A coated wire cable weighing 3 to 4 ounces with plastic or metal handles works well if you’re a beginner learning single or double unders.

You can then feel the rope move around your body, which helps you time your jumps.

You don’t want anything heavier unless you need the extra effort to increase strength, endurance, and calorie loss.

As for the length of the cable:

If you’re experienced at double unders and want to get better, look for a jump rope with the following specs: 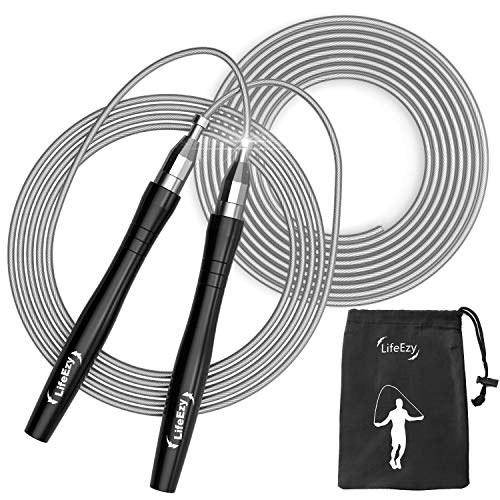 Speed ropes are ideal for double unders if speed and efficiency are your goals.

They were originally designed for jump rope competitions where athletes try to accumulate as many revolutions as possible within specific time periods, such as 30 seconds, one minute, or three minutes.

Speed ropes are most useful in Crossfit WODs or competitions where AMRAP (As Many Reps as Possible) is the goal whether you’re doing single or double unders.

The number of WODs you can do with double unders are limitless. These are just a few examples.

Dave Hunt from Crossrope offers this quick four-minute double-under workout. Do 15 seconds of double unders followed by 15 seconds of rest. Repeat for eight sets. Then write down the number of reps for each round. You can either pick your lowest reps for one round or the total reps. In either case, shoot for more reps the next time you do the workout.

Annie is one of the benchmark Crossfit workouts that you score so that each time you do it, you can gauge your fitness progression.

The descending reps means you go faster toward the end, but you can break it up in the early rounds.

Shoot for the following times:

Another benchmark workout drops the reps but adds an equipment movement.

This hero workout remembers Brian McAleese, a new New York firefighter. It was developed by 555 Fitness as part of the 343 Honor WODs, one for each of the 343 New York Fire Department member who died on September 11, 2001 during the attack on the World Trade Center.

Do 75 thrusters as quickly as possible. However, at every minute of the workout, do 20 double unders. The more quickly you finish the thruster, the fewer double unders you have to do.

Instead Of A Rest

Instead of doing the timed rest specified in a WOD, do double unders instead. This can be extremely challenging because it replaces your recovery period with high-intensity exercise.

You may not be able to do double unders for many reasons. Here are some alternatives.

When you’re just starting, single unders are a convenient alternative to doubles at a 3:1 or 2:1.

For example, if the WOD calls for 50 double unders, do either 150 or 100 single unders instead.

If you can do a single, single, and double under continuously, halve the number of reps. For example, instead of doing the prescribed 50 double unders, do 25.

You can probably complete the lower number in the time it takes a proficient athlete to complete the higher total.

Mimicking the double-under movement without a jump rope is one way a beginner can learn the exercise.

Other exercises for beginners include running in place with high knees or butt kickers: as you run in place or forward, bring your heels to your glutes.

A more strenuous alternative that uses only your bodywright consists of tuck jumps.

Learn about more jump rope alternatives in this post.

If you have an injury that prevents you from jumping, your box will probably have the equipment that you can use for the following double-under substitutes: